For some reason, I just love chocolate pudding. Always have, always will (I suppose!). So when we cut out processed food I, of course, ditched the boxed stuff like Jell-O chocolate pudding mix (no thank you artificial flavors and dyes—yes, even in BROWN pudding!) and started experimenting with making pudding from scratch with this homemade chocolate pudding pie recipe. YUM! It was even better than I remembered it, probably because it was homemade this time! 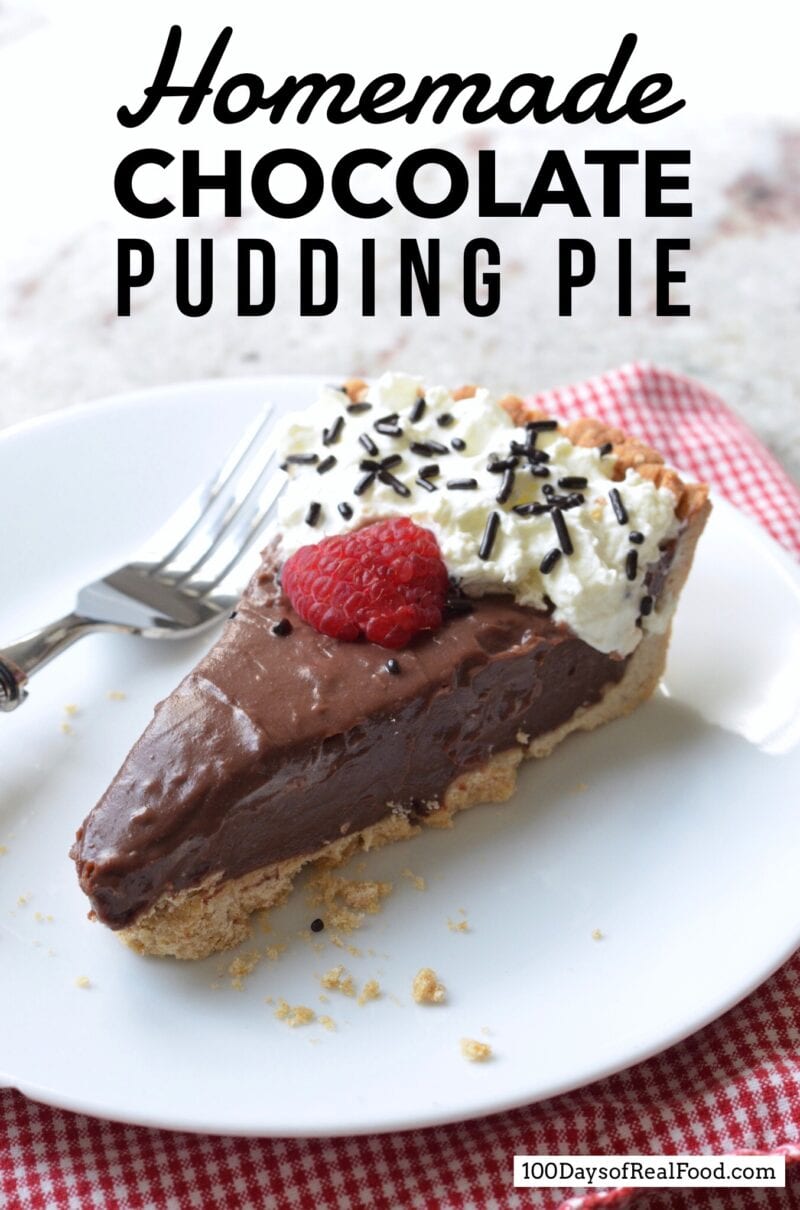 Now, we usually shy away from processed ingredients such as sugar and corn starch, but we do also indulge in sweet treats sometimes (about once a week). Made-from-scratch sweet treats are always my preference…so this new recipe definitely fits the bill for those special occasions! 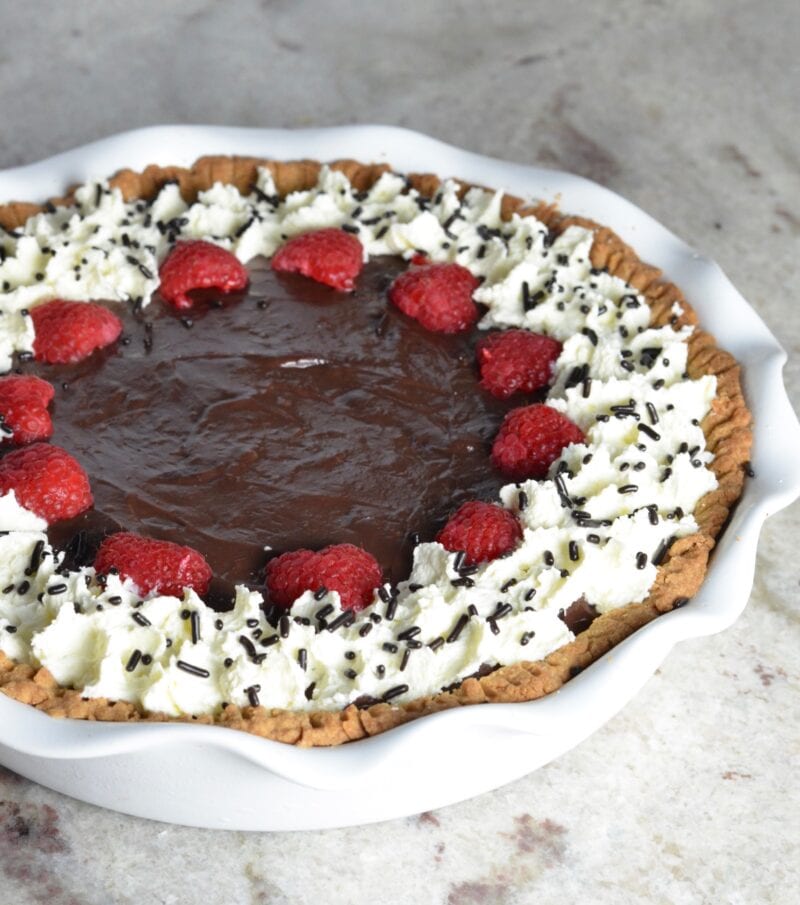 I’ve made homemade pudding many times before, but when I was trying to turn it into the pictured pie for this recipe, I got all sorts of questions from my girls. “What is that?” (They’d never had pudding pie before.) “Why are you making it?” “What’s it for?” And then finally to the main point of all their questions…”Can we have some?!?!” Haha, of course. They were happy to “taste test” for me and were not at all disappointed when I wasn’t satisfied with the outcome the first time and had to make it again. It’s a hard job, but somebody’s got to do it! Haha. 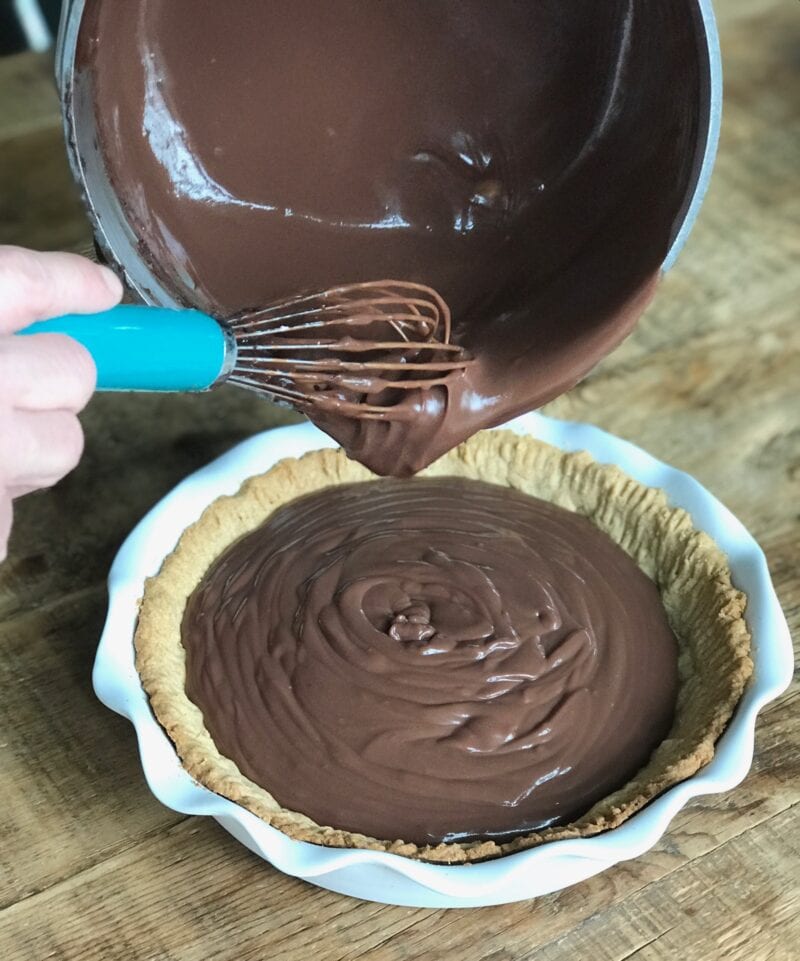 You can use all sorts of different crusts with this recipe (graham cracker, chocolate, plain), but since I wanted ours to be made-from-scratch (and super easy!), I opted for a cinnamon version of my favorite crust that you literally make right in the pie pan in less than 5 minutes. You gotta love that you don’t even have to dirty an extra dish for this one. Plus, the flavors were great together, and the whole thing was gone in no time at all. We hope you and your little ones enjoy this fun recipe as much as we did! 🙂 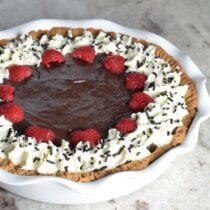 For the whipped cream topping

For the pudding filling

For the whipped cream topping

Posts may contain affiliate links. If you purchase a product through an affiliate link, your cost will be the same but 100 Days of Real Food will automatically receive a small commission. Your support is greatly appreciated and helps us spread our message!

How to Make Homemade Bath Salts!

Lisa is a wife, mother, foodie, blogger, and New York Times Best-selling author who is on a mission to cut out processed food.

Real Food is More Affordable Than You Think